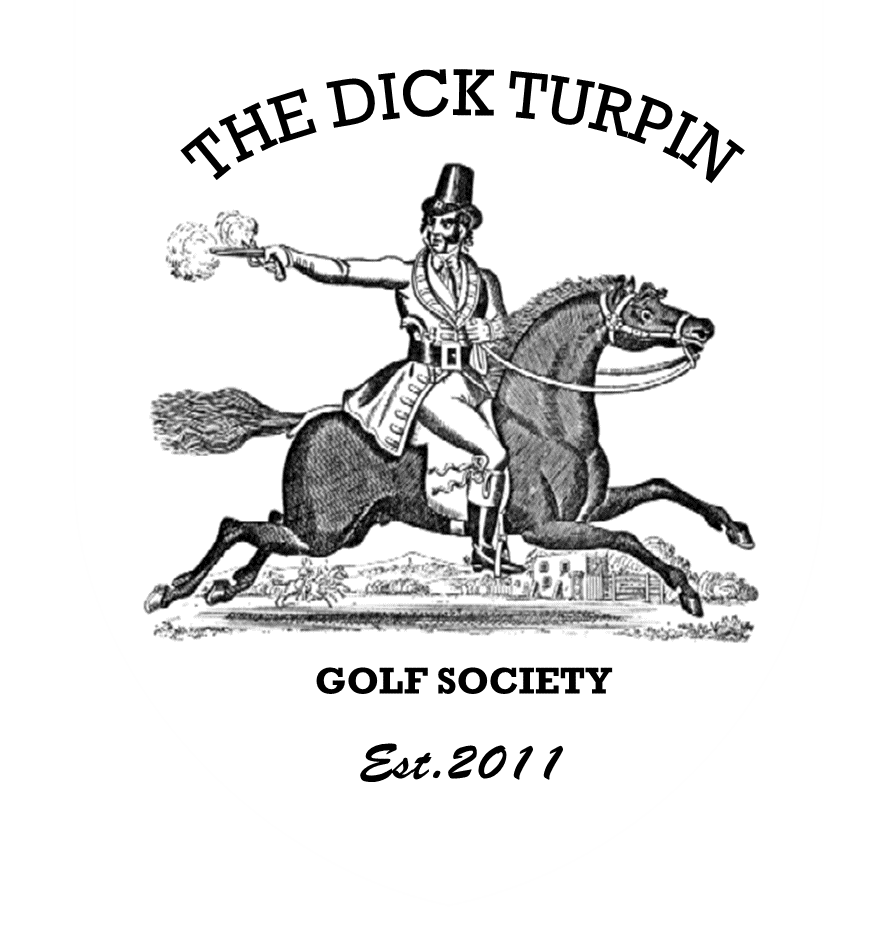 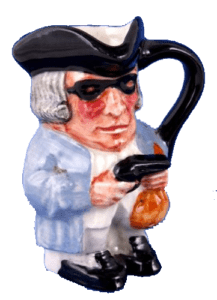 The Dick Masters took place on foreign soil for the first time in 2019. With 360 days of sunshine, Portugal and the Algarve were chosen. Unfortunately for the attendees, they got 3 days of rain!

Undeterred, battle commenced and on day 1 John Boyd brought home 35 points on a course littered with water. With strong winds, this was a commanding performance, Luke Stockdale scoring 33 points, came second. The majority of the round was played in beautiful sunshine, until torrential rain struck the back of the field on the 16th hole. Graham and Craig were caught in a storm of biblical proportions which obviously effected their scores. However, they faired better than Neil, who walked in by the 9th. Reason being, he was shit and preferred a beer!

Day 2 and the rain struck from the off. The course more forgiving, but played longer. Les made up for a poor first round, winning 1st place with 33 points. Boydie stayed in contention with a 29. After a great start on day 1, Luke enjoyed the nightlife too much, suffering an alcohol induced 26.

Day 3 and after the two days of rain, the weather was being kinder. Sunshine blessed the course, but not all the players. Boydie scored a massive 39 points, but was pushed halfway after 9, when Lesatron getting within 3 points, before collapsing like a deck chair. Luke came in second with 34 points, but his second round score had cost him the title. Better luck next year SuperStok. 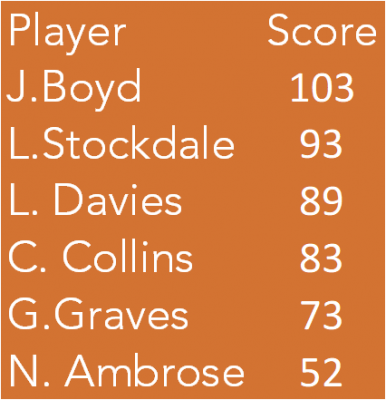 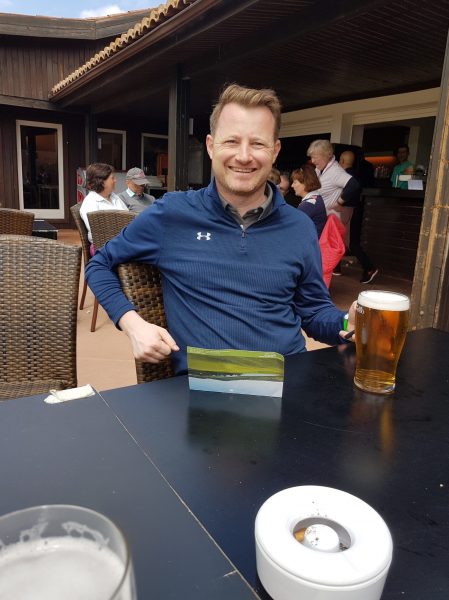 In 2018 the DTGS Tour was renamed to the Dick Masters. The event took place over a sizziling bank holiday weekend at The Forest of Arden. After a heavy/late night stay in Birmigham, the group was set.

Day one was played on the signature course – The Arden. In superb condition, the course provided a stern challenge to all players, with the top score being in the low 30’s. Sam was a worthy winner, with everyone in contention, except Gravesy (SHAME, SHAME) by the end of day 1. Honourable mention goes to Brinners, who drove into a deer!

Day 2 and 3 were played on the second course – the Aylesford. This was climb down from the Arden, but still scores were low. The second day was won by Dean. Craig was one of tournament favourites struggled – with his come-down.

Day three and Dick Masters final group consisted of Dean, Chemo, Ellis and Sam. Ellis led going into the final 9, but capipulated  to let Sam take the title for the second time, by one point. Boydie regained some form and took the days’ honours. 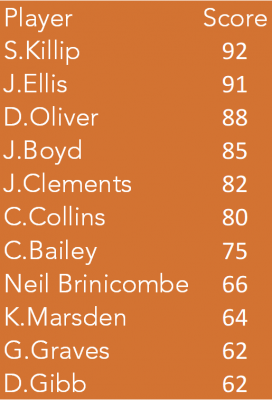 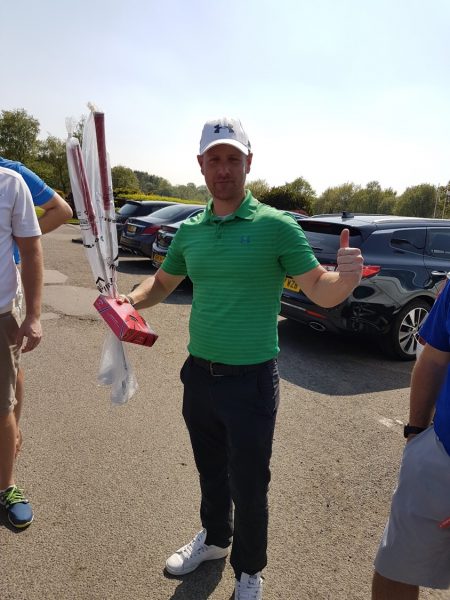 2017 saw the tour visit St Mellion, situated just outside of Plymouth.  Twelve players entered the event and on each day there was a different leader in the clubhouse.

Day one belonged to Dean, opening up a sizeable gap on the field. The Nicklaus course (or Santa’s course if Parkin was to be belived) was the stage and was a thinking man’s course, with the driver not always possible from the tee.

Day two saw a new challenge in the form of the Kernow. It proved to be slightly more forgiving than the Nicklaus and some good scores were recorded. Kev Marsden regained his ability to play golf and lit up the course, taking number one spot on day two.

Day three was back on Santa’s course and with the rain pouring our overall winner stood up and took the weekend’s honours. A steady (experienced) performance on each day, meant a deserved victory. 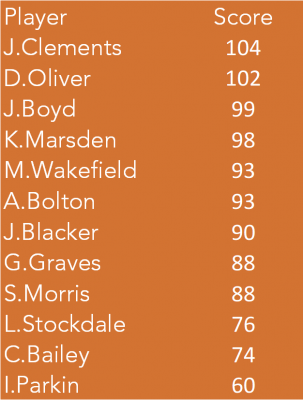 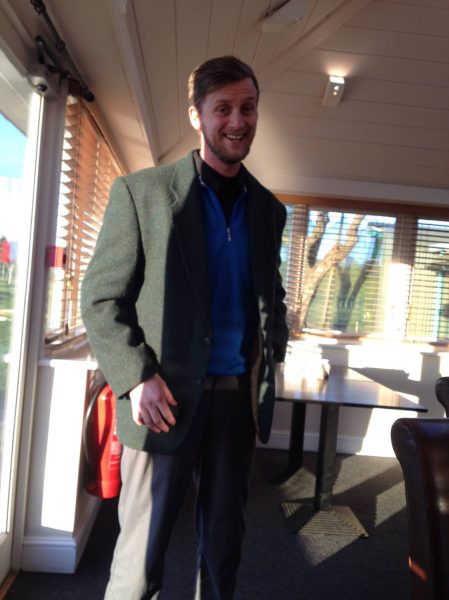 2016 saw the DTGS tour contend on the 2010 Ryder Cup venue of Celtic Manor. After 2015’s Belfry trip CM had a lot to live up to…and it delivered. Living like rock stars, our accomodation was fit for the President of United States and even had hot tubs which were quickly clogged up with Butch’s back hair! 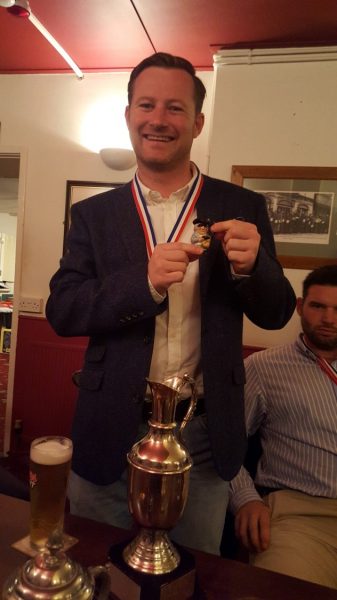 The weekend of 2nd May saw 9 Deal residents pack their clubs, balls and some questionable clothing (Butch) and head to Sutton Coldfield for a weekend of fun away from nagging wives and screaming children. The events of the weekend are detailed below;

What a fucking shit hole of a hotel. Yes, Butch did get a great deal at £9 per person, but I don’t think anyone would have had any sort of decent nights sleep. Especially not Joop. Getting there early to avoid the traffic was a very good idea. Spunking £800 at the local casino was not. Hey ho, we didn’t mention it too much and did our best to make him feel better about the situation. To be fair, he could have got himself a new boat with that money….failing that, at least another golf shirt to accompany him to Celtic Manor with the one he has. Luke was extremely impressed with the volume of Sam’s snoring, expressing great delight that he wouldn’t be sharing a room with him for the remainder of the weekend.

Everyone woke fresh as a daisy and we headed off like excited schoolboys after touching a girls tits for the first time, creaming in anticipation at playing at such a prestigious venue. Boydie didn’t seem to be in too much of a rush though, taking his convoy 5 miles in the wrong direction. At least we got to see Fort Dunlop again though!!! We all booked into our rooms (after cajoling all the fatties to get out of breakfast) and dropped all our belongings off in our rooms before hurrying down to the pro shop to await our shuttles to the first tee. The stand out player for the first 7 holes was Graham. 22 points after so few holes was outstanding and to give him great credit, he was playing superb golf….irrelevant of standards. 2 sips of a beer later though and the wheels had come off, unfortunately. We were nearly in for a free round at the bar from Boydie when he announced that if he got a hole in one he would only buys drinks for us….but it didn’t happen. There were a few wild shots, a varied range of scoring but all in all, a good morning was had by all. Top 3 for the day were Joop (1), Deano (2) and Graham (3).

From there we headed to the bar….where we stayed for the best part of 9 hours, drinking and putting the world to rights, singing along to the best song of all time, “Jealous” by Nick Jones. ? was tapping up a slutty blonde, ? was pesting into her friend who looked like Tomas Rosicky and drinking games ensued. Boydie struggled with his forfeits though. To be fair, he wasn’t well. But at least he kept it to himself. From there we could only really go to one place for the remainder of the evening. The Bel Air. An absolute cock fest. That didn’t stop? finger smashing his lookalike though, nor did it stop Boydie getting tea-bagged by Ralph Lauren on the dance floor. The best part of the night though? Butch’s dancing. He had waited 4 years for it….and we were there to witness Michael Fatley (sorry) bounding across the dance floor like a disabled baboon. The jump from the bar area to the dance floor was the funniest thing i’ve seen since Madonna stacked it at The Brits. From there, it was 1 more bar before bed….and pesting the world’s hottest barmaid. She had wonderful skin didn’t she? A little bit of room service later (and puke all over the floor Pence!) and it was bed time….except for? who was performing root intrusion on the slutty blonde from earlier. Probably wearing his t-shirt from earlier…..singing Nick Jonas songs.

The big one. Butch was particularly excited, waking Luke at 07.00 for the 10.00 tee-time. Both Deano and Joop nearly missed their tee time due to not believing a word Graham was saying about tee times being brought forward (Deano) and trying to scrub the syphilis off his cock (?). Clemo was nursing the mother of all hangovers but was still ready for the days events. Still, all made it and the fun began. What can you say? The course was outstanding. Very very hard and unforgiving but an absolute delight to play. Scoring was sporadic but I think everyone had a good time and enjoyed playing the course. Obviously we all had a crack at driving the 10th, with only 2 successes (Deano and Sam). Sam had more bottle though and holed out for birdie, with Deano three putting like a cunt and only saving par. Not happy. There was a LOT of water and a lot of balls in it….most of them belonging to Butch and Joop. Still, everyone came off the course with smiles on their faces….but low points on their cards. Nothing a quick burst of Nick Jonas couldn’t sort out. Top 3 were Sam (1), Pence (2) and Boydie (3). From there, shock horror, it was straight to the bar…via the Pro Shop. Everyone picked up a nice little memory from the course, except Butch. He bought an horrific lilac number that looked like a nightie he had bought for his Mrs. He must’ve been short of cash after being raped for that, as he proceeded to stuff his fat little mouth with all of Deano’s nacho’s. To be fair, Pence helped him. What a surprise….those two being greedy. We found out Luke had impregnated his Mrs (congratulations mate). He must have some serious body language as we all know there’s no way he talked her into bed. Chelsea won the league so Clemo raised a smile for 2 seconds…before running off to throw up. Pussy. Again drinking games ensued (minus poorly Clemo), with Joop declaring “Alien” as being the easiest and worst game he has ever heard of. 5 rounds later and he had found his new favourite drinking game…but he was fucking shit at it. Again, a drunk Butch stole the show with his random noises and his accusation of Boyd being a “Gaylien”. The name game was played (no footballers Butch) and the old classic “5’s” whereby the forfeits were getting worse and worse by the round. We then got asked to leave by Barack Obama who said we were being too noisy, in a bar, where there was loud music on. Not to cause a fuss, we left and attended the bar he advised we would be better suited for. After sitting down with our beers, fucking Obama showed up again, staring at us through his dark, lifeless eyes before deciding to talk to us about golf. Knob. Only one thing to do to avoid any afters…..all off to bed where quite a few wasted money on some very prompt room service!!!

9 aching bodies rolled out of bed not really too excited about having to play another 18 holes after minimal sleep the previous 3 nights. Still, all arrived on the tee ready for action…with Luke as chatty as ever and Butch wearing a fucking sunflower on his head, looking like an American tourist (nice one Clemo!). The golf was abysmal. Most players referring to it as “the worst round of golf of their life”. There were only 3 players chasing the crown by the half way stage with Graham and Joop scoring respectable scores, but the final golfing mention must go to Sam. He was simply outstanding and deserved the accolade of Tour Champion 2015. His golf was exquisite and a real joy to watch. His etiquette? Fucking awful. Still, when all were imploding around him, Sam kept his head to score 38 points off a 9 handicap on a championship course. He might stink of piss, but fuck me that boy can play golf. Congratulations mate. From there, it was home time. Engines started, radio on…..and Nick Jones to sing us home. All in all, a belting weekend with a great bunch of lads which holds us in great stead for the future of the society. Cheers to all who made it memorable. If I have missed out anything, I apologise, but I was probably put off concentration by Sam opening his fucking glove again. Roll on Celtic Manor 2016!!!! Scores and standings; 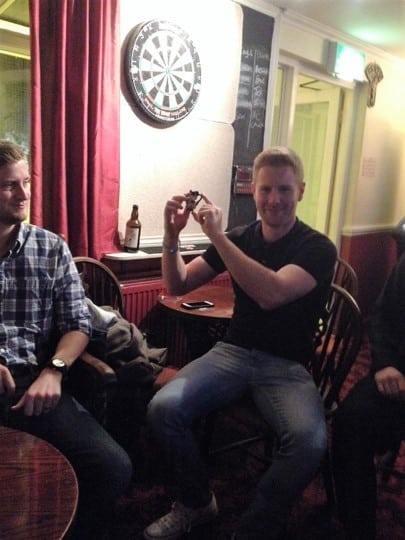